Martin Elks, who began his career as a psychologist for the Victorian government before completing a PhD in disability studies at Syracuse University, is a behavioural specialist in the areas of self-determination, school inclusion and advocacy. He writes about mindsets and how critical they are to attitudes, assumptions and expectations.
In this article Elks outlines what is required to change a mindset and why it can be hard, and that it is the extent to which new mindsets are embraced which determine their effectiveness in change.

When a family learns one of their own has a disability or chronic illness it is the start of a journey filled with emotion, difficult choices and countless interactions with different professionals and specialists.

Across the various agencies and communities these families engage with and interact a variety of different mindsets and perceptions exist often getting in the way of genuine partnerships between caregivers and professionals.

Driven by an ongoing need for information and services this can be frustrating for families and caregivers and why mindsets matter.

Mindsets are a particular mental framework of attitudes, beliefs, assumptions and expectations. They determine thoughts and reactions to many situations and are significant because of their consequences.

Environmental, attitudinal and institutional barriers—or entrenched mindsets—often inhibit people with disabilities, thwarting community participation, doing the things they like and going where they want to go.

According to Martin Elks, an Australian behavioural specialist and specialist in self-determination, school inclusion and advocacy, there are five typical mindsets in the disability paradigm.

Elks describes how throughout his career, initially as a psychologist for the Department of Mental Retardation in Victoria and then–after doctoral research into disability studies–as a behavioural specialist, he has adapted his own mindset to accommodate new theories and discoveries in the field which informed his practice;

“My mind has changed significantly at least three times in the course of my professional career. These changes include letting go of the Special Programs and Objects to be Fixed mindsets and adopting Social Model and Person-Centred mindsets. I also changed from an individualistic behaviour management approach to a family systems and positive behaviour supports mindset. I changed my mind as a result of exposure to new ideas and new theories that made sense of my experiences and embodied a vision I could identify with.

I have [also] learned that while some people change their mindsets quite readily others take a lot of convincing and some never change their minds, [and] while individuals may be convinced of the need to change, changing a society’s mindset is a much more complicated process.”

Being aware of and understanding different and often competing mindsets Elks argues is, “Crucially important because mindsets interact with policy initiatives in ways that can expand or reduce the impact of the policy on the lives of people with disabilities.”

The behavioural specialist concedes changing one’s mind can be difficult.

“Talking about mindsets is a lot easier that actually changing mindsets. Old mindsets may take generations to disappear and the consequences of past mindsets can last for centuries and can become deeply ingrained in society, for many reasons;

“Thinking new thoughts and having one’s assumptions challenged can be difficult.  It can take a great deal of courage to be open-minded and willing to look at new ideas as non-prejudicially as possible. New mindsets may also be perceived as embodying an implied criticism of the past which can lead to defensiveness” he says.

This difficulty Elks is describing could be due to what Stanford psychologist Carol Dweck, a pioneer of research on Mindsets, has defined as; ‘Fixed Mindsets’ and ‘Growth Mindsets’.

Those with a Fixed Mindset, according to Dweck, “assume character, intelligence, and ability are static givens which can’t change in any meaningful way”.  Those with a Growth Mindset on the other hand, “thrive on challenge and see failure not as evidence of unintelligence but rather as opportunity for growth and stretching existing abilities.”

What it takes to Change Mindsets

Martin Elks describes the factors required to bring about change one mind at a time:

Elks concedes all of the above takes time, however being part of changing mindsets and improving the lives and life circumstances of people with disabilities is rewarding and worthwhile. 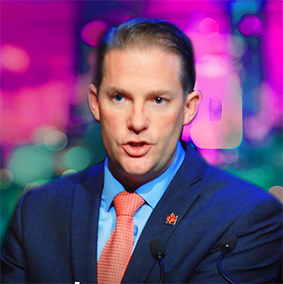 High quality education & supports enable all students to acquire success in their education and is the basis of an inclusive life and society.

This site is edited and maintained by the Advocacy and Leadership Development team.
Image attributions: Photos supplied and screenshots from Access Symposium videos.